In the 19th Century, American families strolled through public cemeteries in an effort to impart morals and religious ideals to their children. In the 20th century this practice became taboo, as the arena of death became professionalized (through the rise of Funeral Homes and morticians who took over tasks that had previously been performed by family members). But cemeteries still have a lot to teach us. Gravestone inscriptions reveal family values, kinship relations, religious beliefs, expected gender roles, and attitudes towards death. Mortuary motifs transform cultural ideologies into art and illustrate beliefs about life and death. And, taken as a whole, cemeteries preserve the memory of past communities. 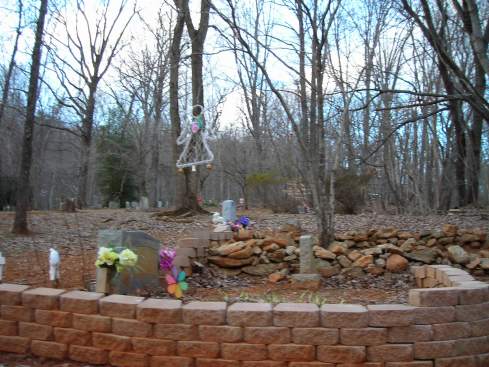 A plot in the Good Shepherd Cemetery (Albemarle County) decorated for the holidays. Photo by Lynn Rainville.

Professor Rainville is an anthropological historian who studies the everyday lives and contributions of past Virginians and shares research tips for community historians, family genealogists, and student researchers.

…about forgotten or overlooked Virginians. Click here to subscribe to a monthly newsletter, The Virginia Gazette, to receive updates on my research.